For all of the cooking years of my life, I have cooked on an electric stove and have become accustomed to both the curly cue and the flat top ranges. In my years of teaching cheesemaking however, any of my students who have gas stoves at home loudly sing the praises of cooking with gas.  Lucky for me, our move to the Penrose countryside in January brought with it five acres, a household bullet style propane tank in the yard and a gas stove.
Granted, there are benefits to cooking with gas. Its proponents love that the level of heat can be instantly regulated, and when you’re finished cooking or (in my case) when the pot of heating milk is about to boil over, you can simply turn the stove off and all heat ceases-unlike electric ranges that historically have caused me to juggle turning off the burner, grabbing hot pads and attempting to yank the frothing pot off the stove before it boils over either onto me or all over the burners.
Cooking with gas does have an unexpected learning curve though, one that has twice put the integrity of my kitchen at risk. You see, cooking with gas, as one might realize, directly involves fire. Flames come licking out of the burner in extremely hot, light-other-things-on-fire, fashion. The good news is, I have not lit myself on fire. The bad news is, I’ve learned I have to change the way I make spaghetti. On an electric top, I bring the water to a boil, put the full length noodles in, leaving the excess sticking out of the pot and just let hot water and gravity take over until they all eventually sink into the pot. The day I learned that doesn’t work with gas is the day the ends of the noodles looked like the charred ends of a handful of 4th of July sparklers. 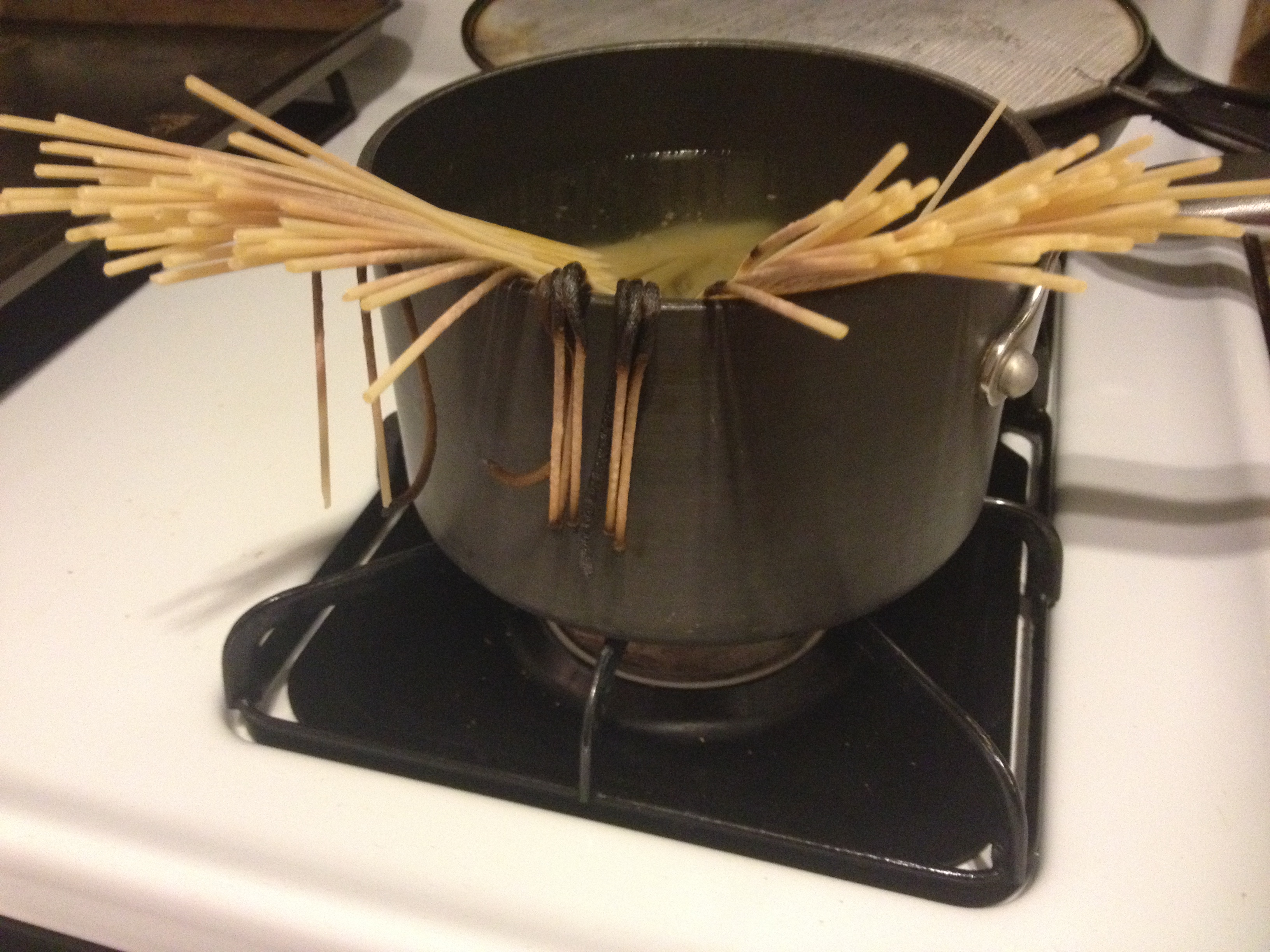 Another cooking technique that has caused some alarm is our method of warming tortillas. On an electric range, we turn it on and throw a corn tortilla straight on the burner where it slowly heats up to a palatable consistency. There has never been need to break out the fire extinguisher. Remember previously, I mentioned cooking with gas means cooking with fire? It also means flaming tortillas. We’ve realized there can be no walking away from the burner when toasting tortillas unless you want to return to a tortilla inferno. 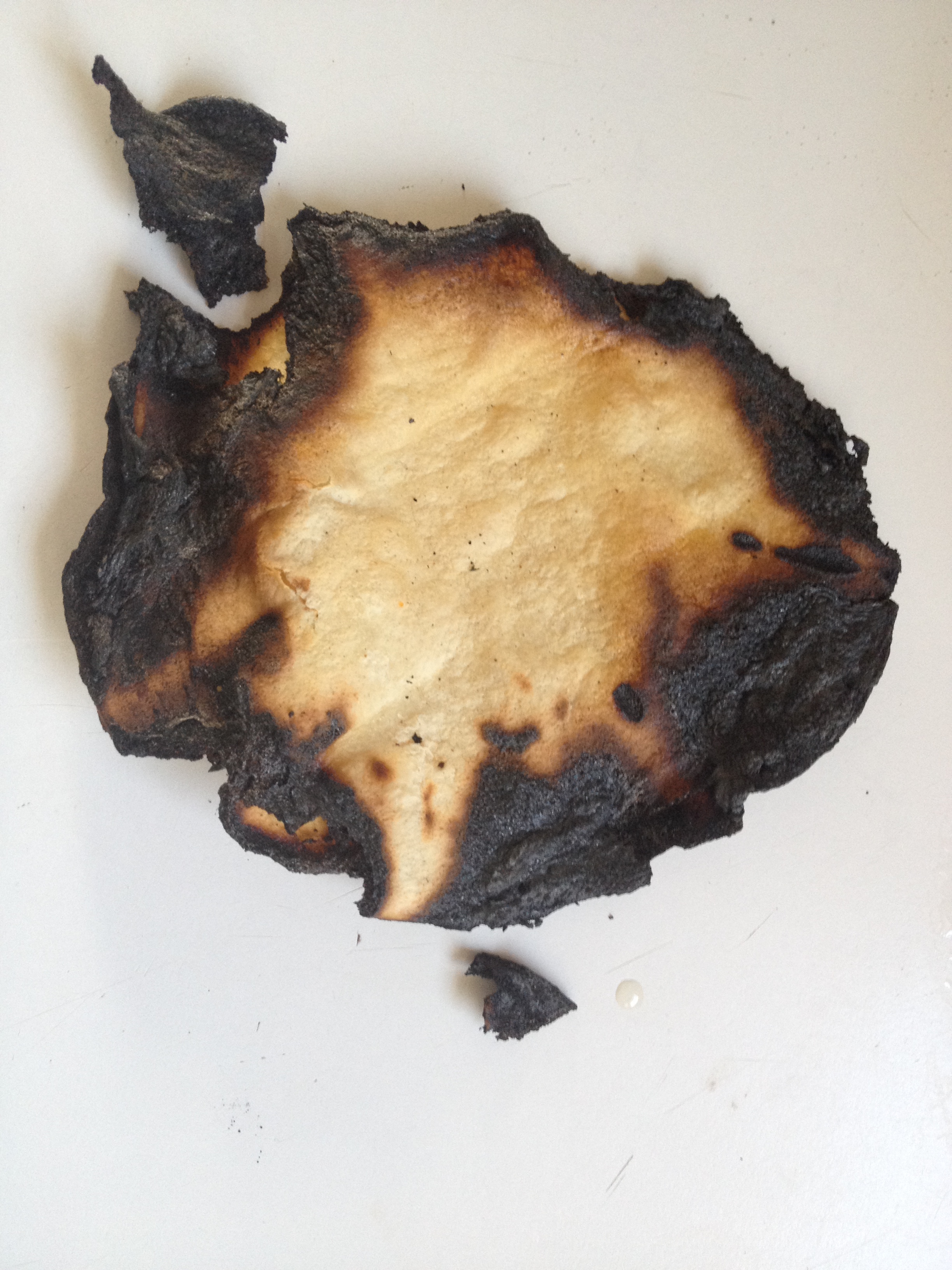 In the end, I think I’ll prefer my gas stove top over all others, but the jury’s still out.  Speed and precision of cooking versus lighting my sweater on fire when I reach over the lit front burner to stir the chili on the back burner.  I’ll let you know how it goes.
–  The Goat Cheese Lady
P.S.  This original post ran in it’s edited version here on the IndyBlog on March 14, 2015.