We have a neighbor we’ve recently come to know; a friendly, toothless, older fellow who parked himself in Penrose back in the 1970’s.  He has stopped by briefly in the past, thrice encountering only the woman of the house yet always seeking the man.
On his most recent visit, he touted himself as “the best neighbor in Penrose!” when he arrived bearing gifts of food.  His generosity was combined with his apparent need to put his mind to at ease regarding a few facts:

As a good neighbor does when another neighbor arrives bearing food, I invited him inside.  After hefting the box onto the counter, he proudly and gregariously unloaded it to display store bought cookies “for the boys” and quite a few home preserved canned goods.
It was the recently unearthed canned goods that drew my attention, as they appeared to break all the canning rules I’ve ever learned.  There were:

I thanked him profusely, proved that I have a husband by hauling him in from his workshop and promised the 12-year-old would call him to see about raking the leaves. 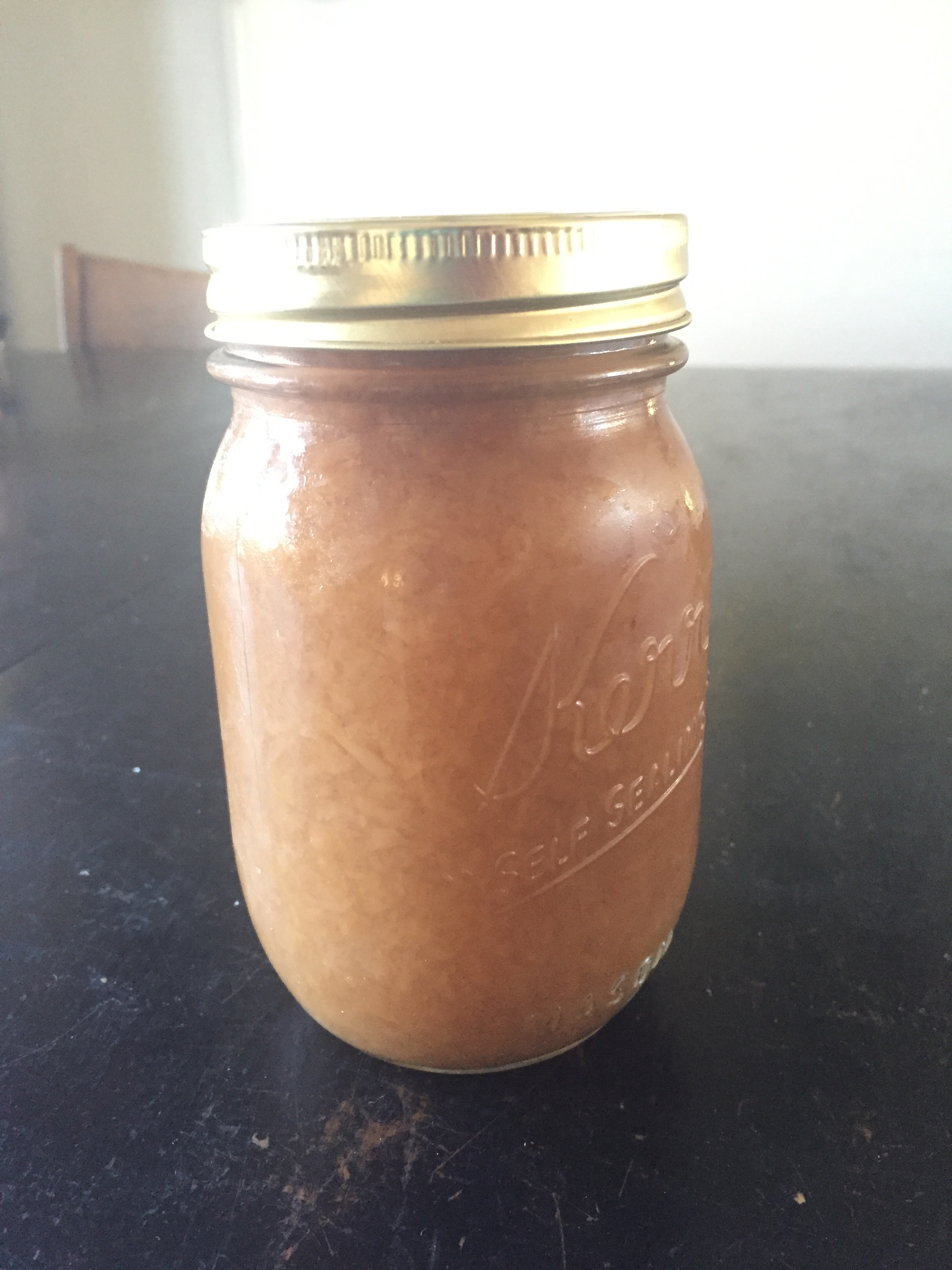 Then, I left the preserves on the counter for 2 or so months, debating what to do with them, pondering the issues:
1. He was obviously very proud of them.  It is a lot of work to pick the fruit, make the preserves and can them.  I know.  I’ve done it.  I did not have the heart to dispose of them. 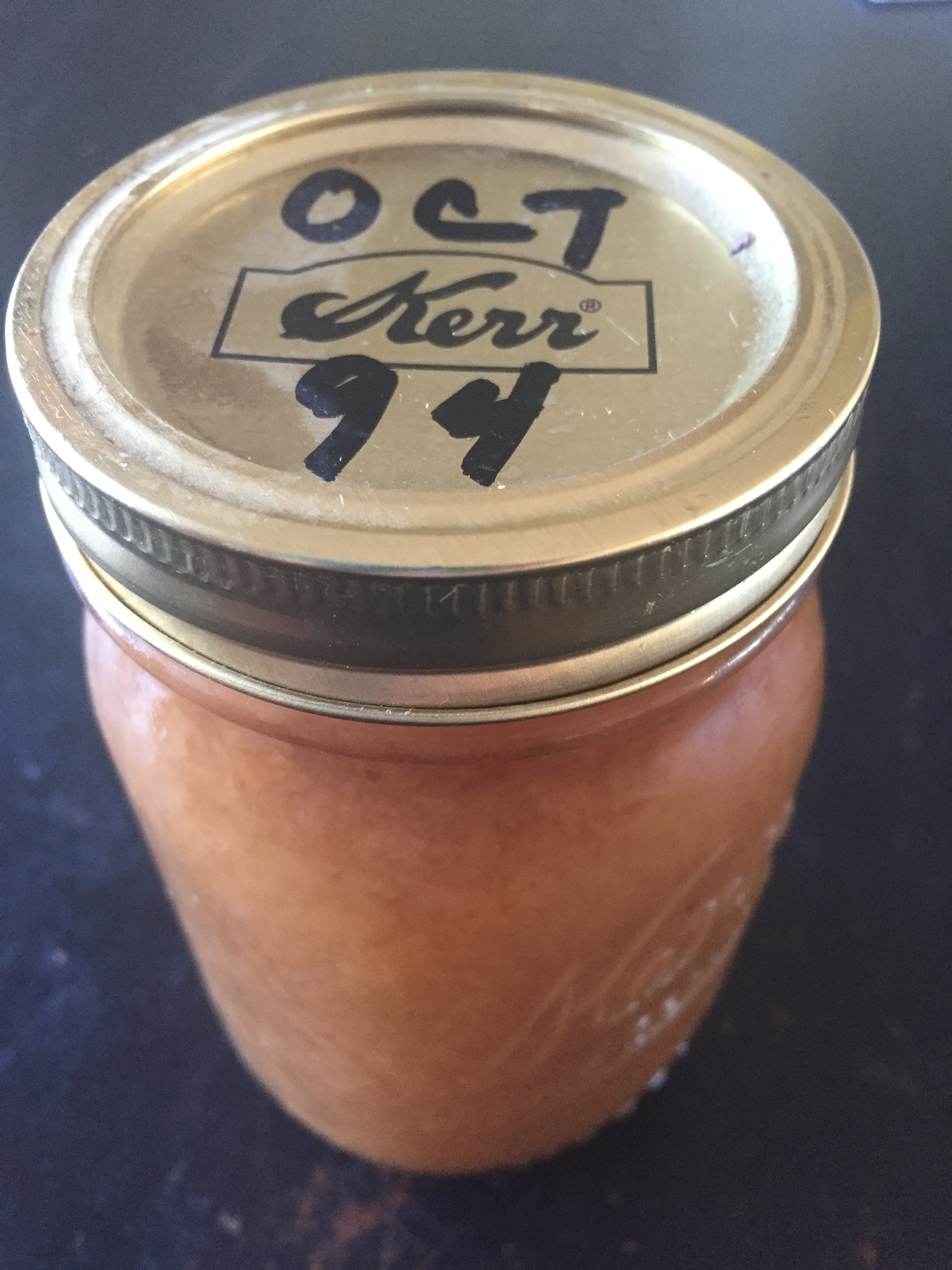 2. They were obviously very old.  I confirmed with my husband that it was probably not an attempt to poison us, but just the generosity of a neighbor who hasn’t recently read the Ball Book of Canning and Preserving.
On the counter they lived until recently, when my husband tempted fate and opened a jar of the antique apple butter.  Channeling the boy from Holes who survived in the desert on century old canned onions, he dug in.  Next thing I knew, half the jar was gone and he was still alive.  That was at least a month ago.  Today, he opened the second jar.  Having proven his constitution was strong enough to fly in the face of the FDA, USDA, DEA, CSA, NRA, CSI, FBI (oops, got off track there) and their canning guidelines, I decided to do the same. 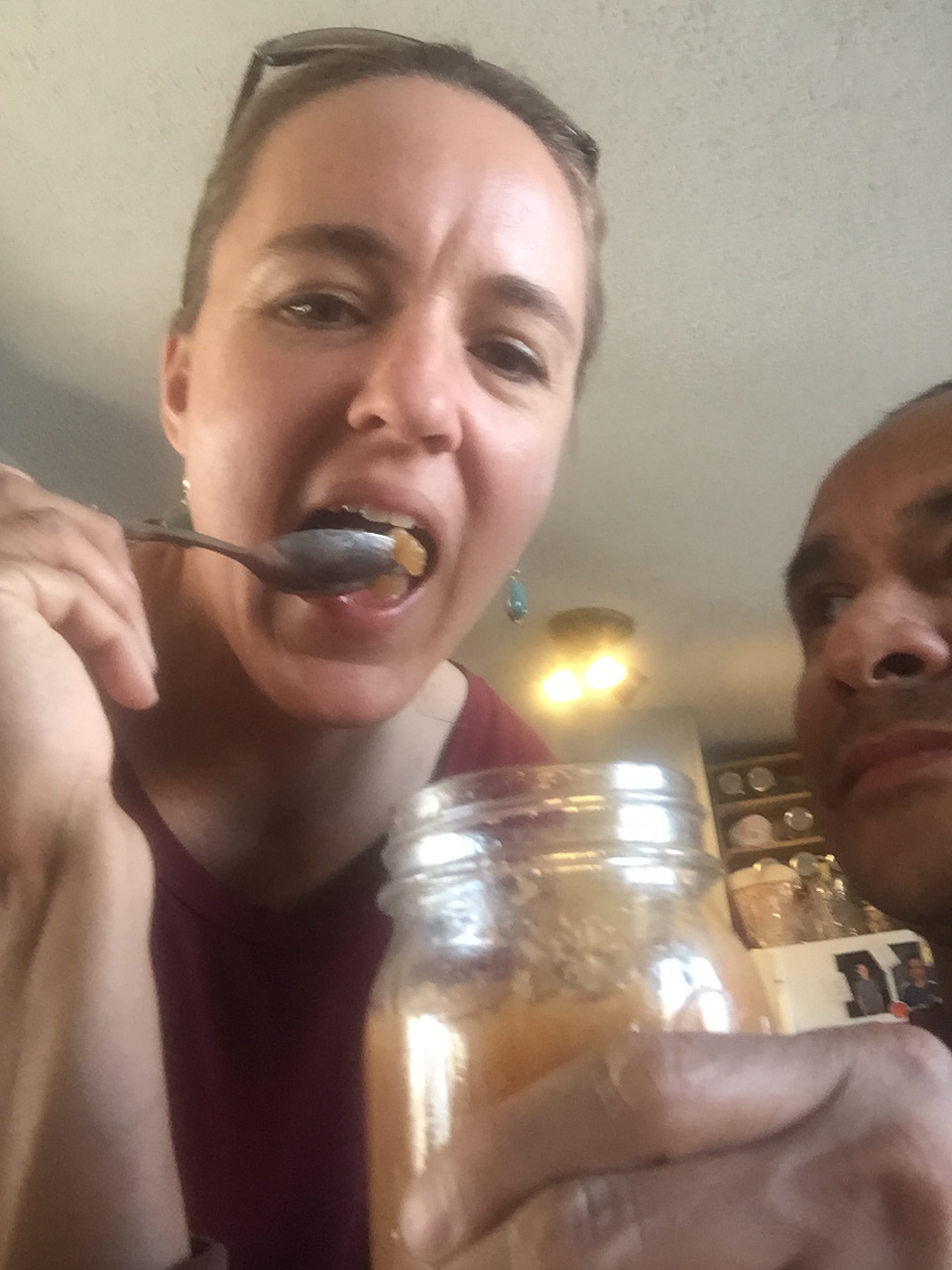 Approximately 4 hours ago, I had a bite.  23 year old apple butter is actually pretty good!
In other news, I haven’t ventured under the parafin seal of the recycled jelly jar gooseberry preserves and I will be coming out of gardening retirement, despite the urgings of last year’s grasshopper overpopulation, to plant cherry tomatoes.  I will pick them green.  All of them.  And I will learn to make green cherry tomato pickles. They’re an unexpected mouthful of gently exploding tastebud bliss!
Disclaimer:  Please do not use our experience as our recommendation to eat canned goods that might show up on Antiques Roadshow.  You may decide to use this as your urging though:  “how old is too old to eat canned apple butter. and be sure you read the comment by readinglady (z8 OR)”
Anyway, for now, toodle-loo.  I’m off to further contemplate the gooseberry preserves.  I’m feeling brave.
-The Goat Cheese Lady