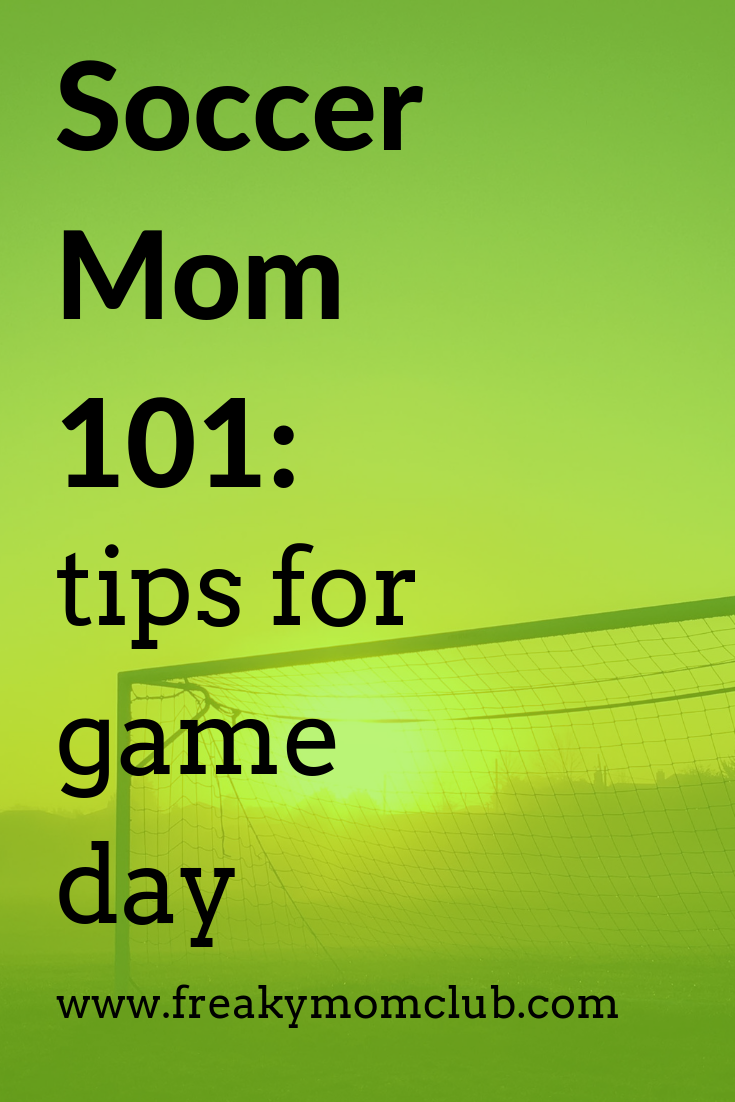 What do you do when it starts pouring at the soccer game and you’re hours from home?  We’re deep into soccer season in my neck of the woods and a few things are coming to mind.

Thing One:  How to pack the car if you’re a Soccer Mom?

It takes one time being soaked in the aforementioned rainstorm before adding a few necessities to the Soccer Mom Supply List (I have no doubt this applies to any other type of mom who’s kid plays an outdoor fall sport, so don’t feel left out if you’re a football mom, softball mom, lacrosse mom or a rodeo mom.) 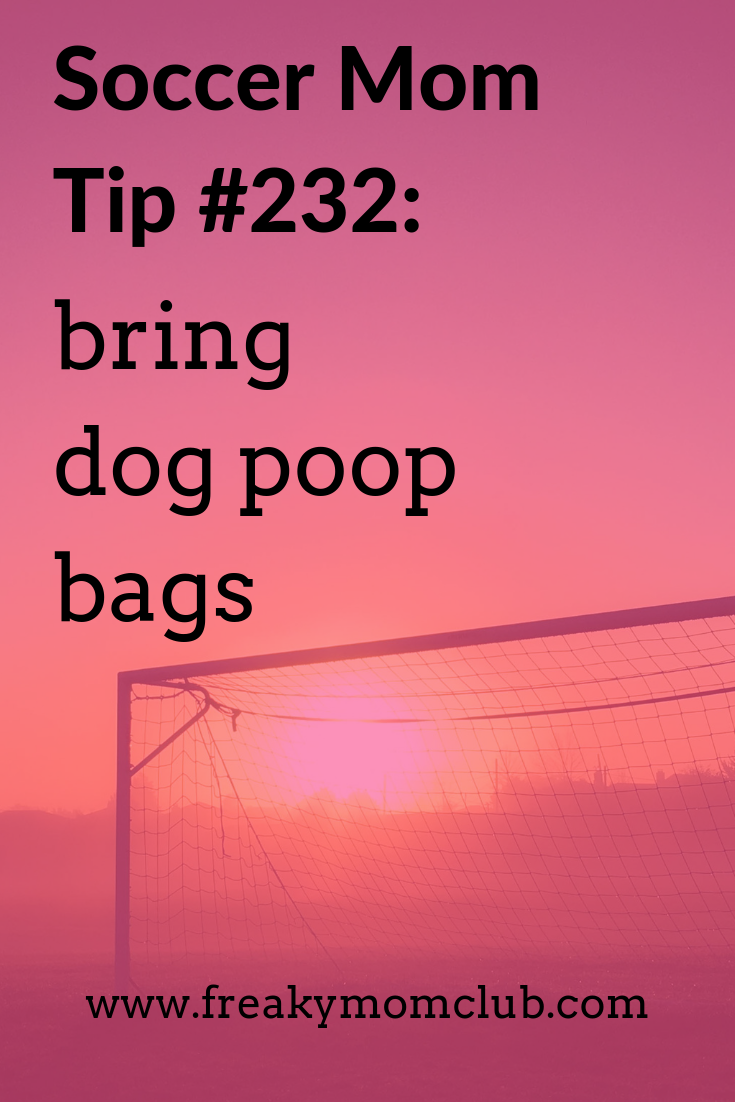 For the entire season, keep the following stuff in your car:

4. Stocking caps.  I have a bunch to share with other parents or kids who forgot them.

5. Gloves.  I have a bunch to share with other parents or kids who forgot them or for my own kid to play in when he realizes his have holes (just like his socks).

6. Water.  My friend Emily always has a giant Dollar General (my favorite store) package of waters in her bottomless trunk.  I have taken note but haven’t added them to my own collection yet.

7. Camping Chairs.  I have three, one for each person in my family who isn’t playing in the game.  The third one was broken so I threw it away since my husband never sits and the kids hardly do either, so it seemed silly, but the day I threw it away, I immediately had to dig it out of the trash for a third butt, and it’s back in my trunk with a big dried icecream slob on it and some random coffee grounds.  Cleaning it is #331 on the list of things to do. 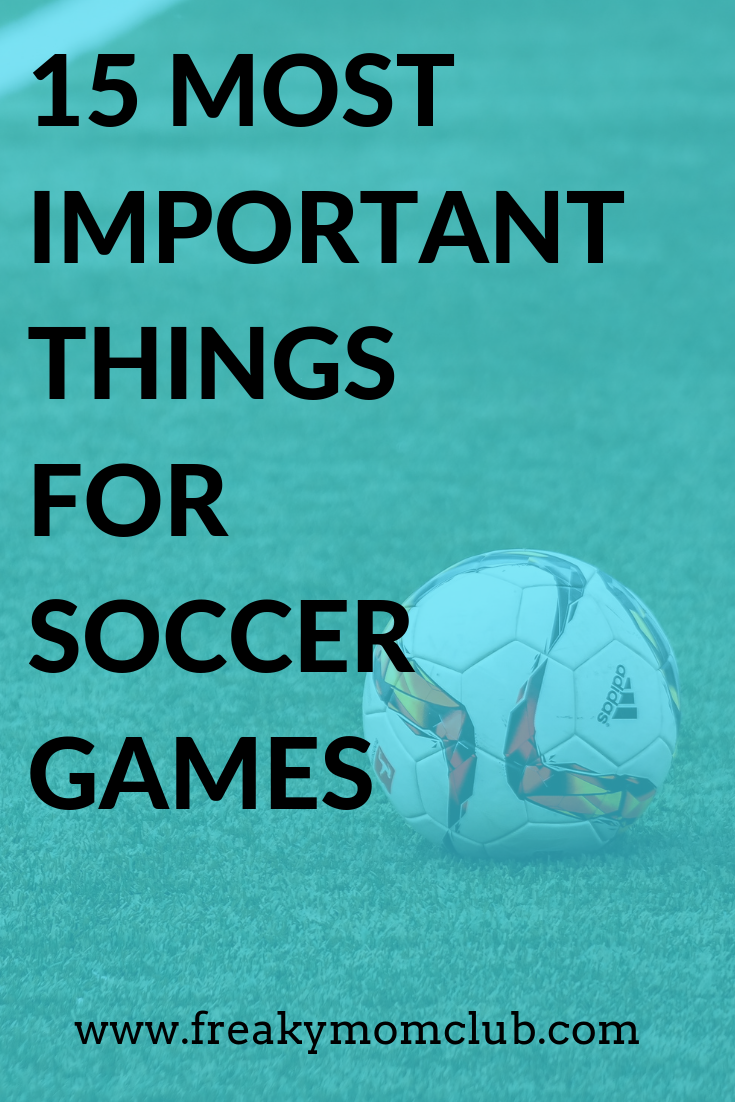 11.  Granola bar bag.  Fill a ziplock bag with a variety of non-perishable snacks to thwart the daily on-the-way-to-practice hunger pangs that might kill them.  It also saves you money so your kids don’t have an excuse to coerce you to pull over at the gas station for a snack attack.

12. A bag to store all this stuff in (except the chairs).

13. Dollar bills.  Our teams have Goal Cans.  Each time we score a goal, the cutest little brother or sister goes around to the fans shaking the can and all who are able put in a dollar.  We tell the cute dollar collector to go over to the other team’s fans, but it doesn’t always work.

15.  Bleacher Seats.  For those of us who want to a) avoid bleacher butt and b) avoid having to apply these lessons.

Thing 2:  (Warning: After you read this, tell the kids to brace themselves for a lecture.)

The other night at my 11-year-old’s soccer scrimmage, he got subbed in for a position he didn’t like. He’s a normal 11-year-old and wants to be scoring goals all the time. You can’t score goals all the time from the Center Defensive position but that’s where Coach put him.  His coach’s philosophy is that, at this age, all his players should be able to play all the positions therefore he subs all the kids, including my son, into positions they don’t like. 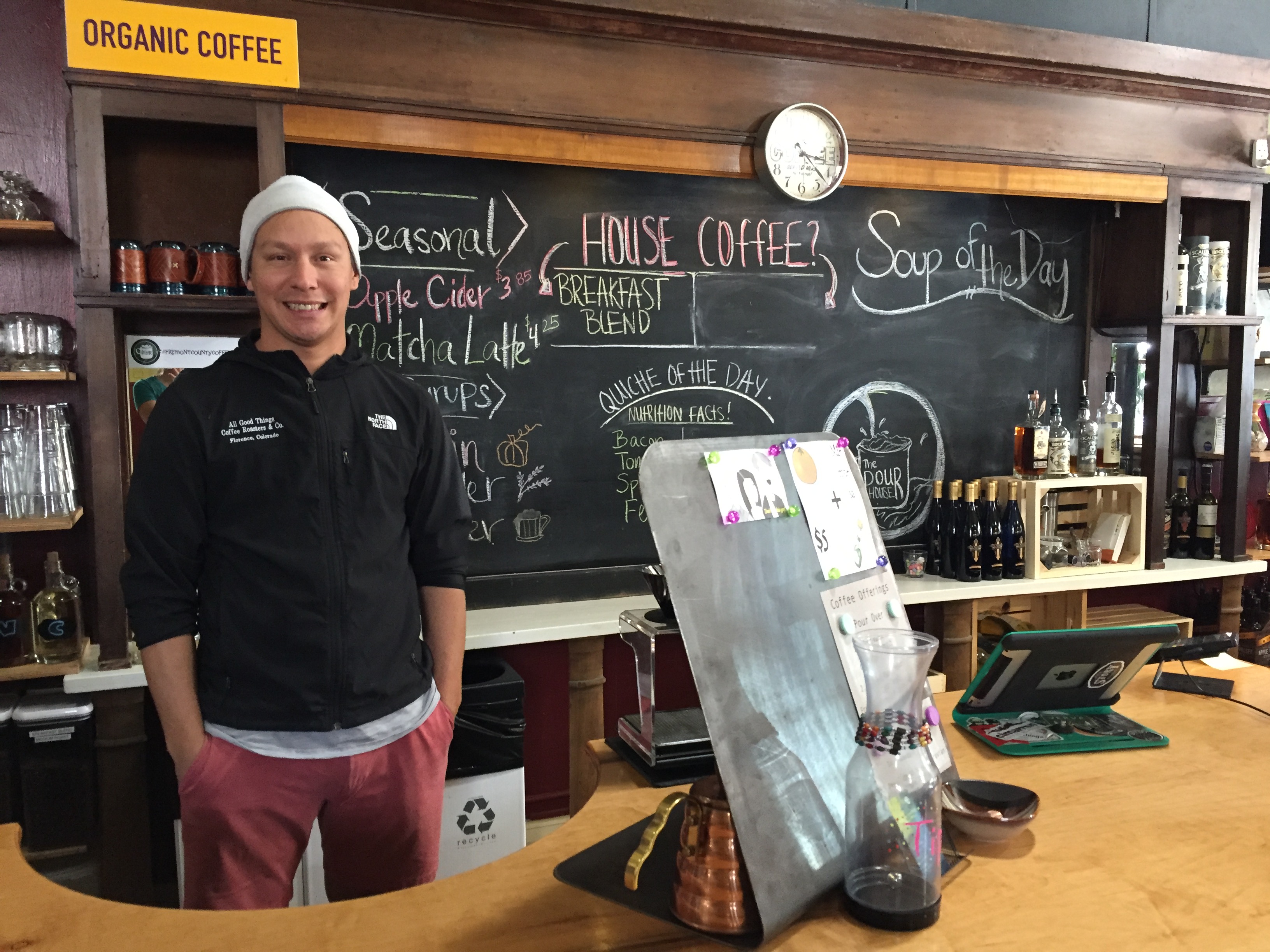 He dropped his head, mentally groaned and generally had sucky body language (a.k.a. bad attitude… prompting a Freaky Mom change your body language, fix your attitude lecture) which leads me to my conversation with Kenny.
Kenny was a coach for the CSU Pueblo women’s soccer team. He says the players that were the best players and the easiest to coach we’re the ones with the following attributes.

1. They had good attitudes.

2. They could play any position.

The hardest to coach were the ones who owned only one position.  They swore they could only play center mid or right wing or striker.  Only. Only. Only. (a.k.a. bad attitude)

Thing three:  (and could induce another Mom lecture)

A college coach was scouting at my 14-year-old’s soccer game the other day.  No one knew it until after the game.  Much to my son’s eye rolling chagrin, I turned it into a motivational text to him and his buddy on their way to a following game… 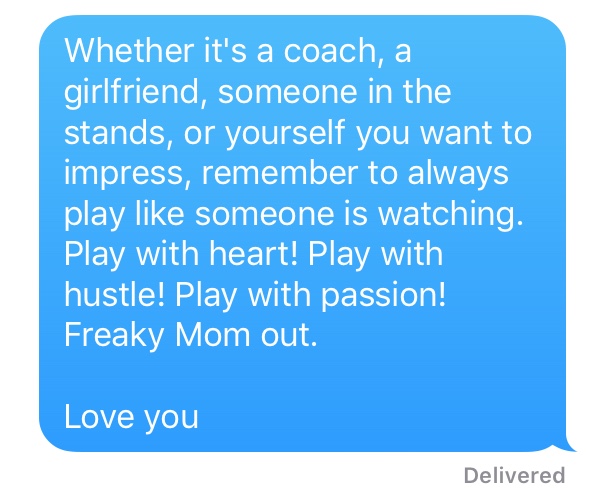 I’d love your input for motivational kid lectures or stuff to carry in the trunk.  What are the best talks you’ve given to your kids?  What’s always in your trunk during Soccer (substitute other sport name) Season?  Leave a reply with a comment below.

P.S.  Thanks to everyone who answered my question on FB: If you’re a fall sports mom (or dad), driving your kids to the ends of the earth for practice and games, what’s one of the things you ALWAYS have in the car?  My favorite was Ashley Hughett Smith, “the most stinky socks that blur my vision while driving…”.  I’m with you there sister.  It’s difficult to drive while doing the gag reflex.

P.P.S. Did you enjoy this?  If so, comment below or on facebook…your positive feedback keeps me going!  And if you’ll go the extra mile, share it with your friends on facebook!  Thanks!

Check out the Consequence of the Week Program!