3 Little Known Things That Are Dangerous To Do While Driving 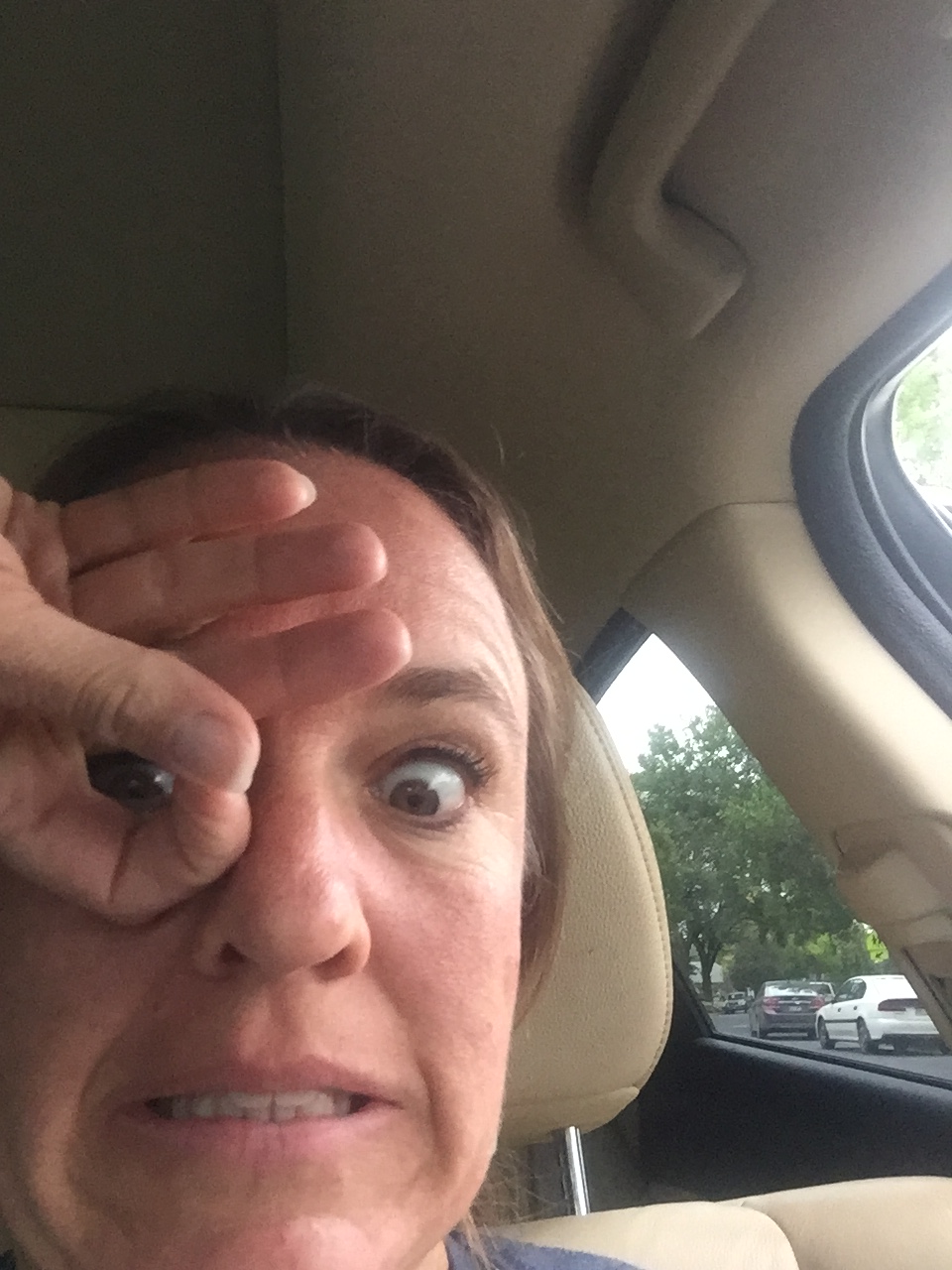 I hate to admit it, but I’ve learned these 3 things through experience.  Yep.  Full transparency here.  I just can’t make this stuff up.  Enjoy reading the following but pinky promise you won’t sneak a peak while driving.
1. Plucking nose hairs.
Although I am a strong advocate for car tweezers due to being of the age to grow chin hairs but of the sex not to want them, I don’t recommend using your car tweezers to pluck a nose hair while driving. 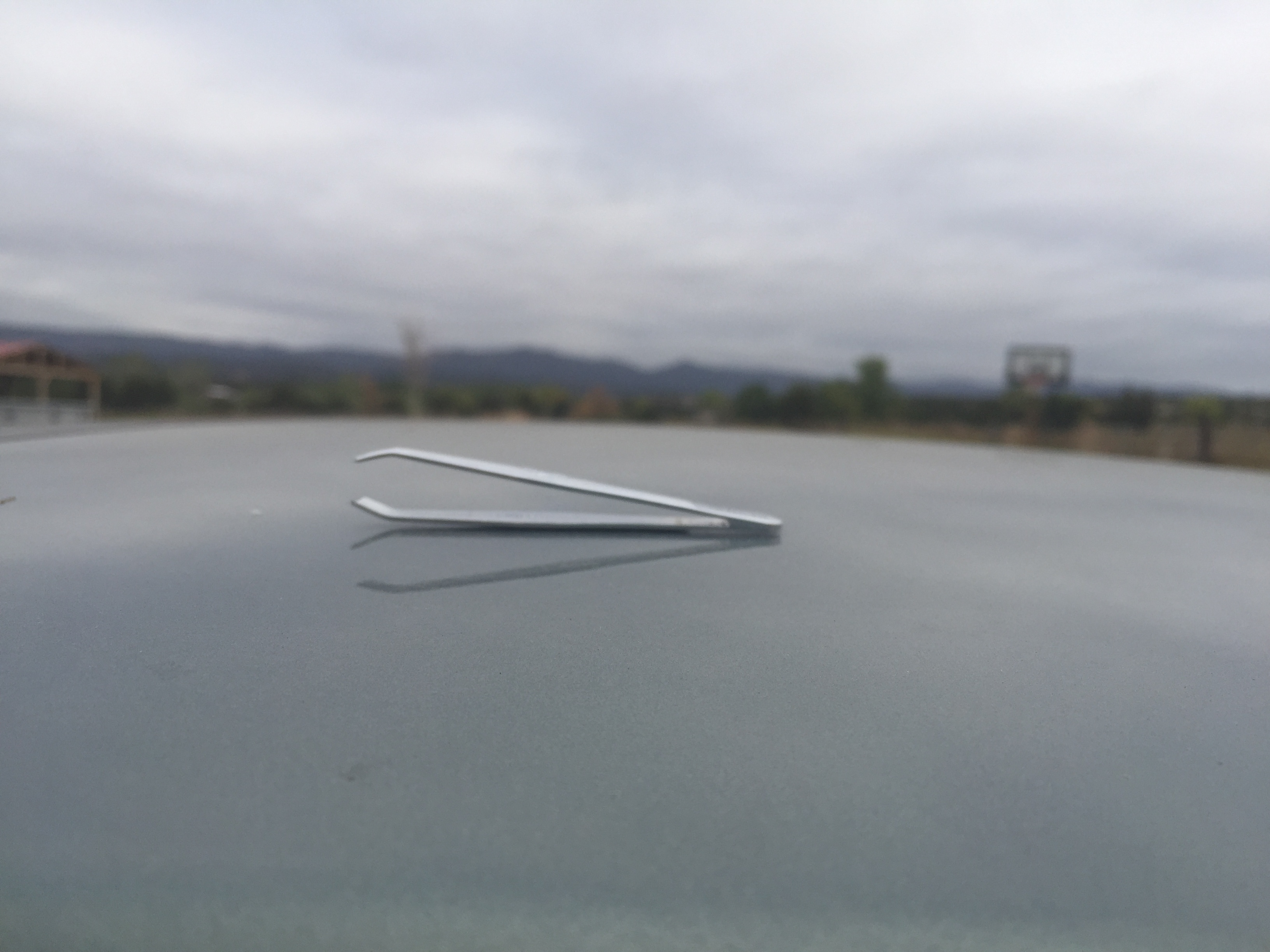 These are my actual car tweezers on top of my actual car.  I had to remember to put them back in my car before driving away.

Pulling a nose hair makes your eyes water and squint and when you actually pluck it, your body does a natural pain reaction where you grunt, squeeze your hands tight on the wheel, grit your teeth and clamp your eyes shut.
Since you can’t see through your eyelids and your hands have spasmed, the inherent dangers here are swerving off the road or into the other lane.  Weigh the options.  It just might be safer to arrive at your appointment alive but with extra nose hair.
2. Dele Alli Challenge
When my kids first told me about it, we were driving home from soccer practice and I nearly poked my eye out.

I promise was NOT driving during the above Dele Alli Challenge photo shoot. I was parked outside of soccer practice when I took these pictures. I had to be parked because it would have been impossible to watch this tutorial otherwise.
Take a second and learn how.
Now try it.
Now that you’ve tried it, you can probably completely understand the inherent dangers, but I’ll spell them out anyway just in case you actually ARE Dele Alli and invented the challenge and can do it without experiencing optical injury.
The inherent dangers with this one are threefold: A. almost poking your eye out, B. actually poking your eye out and/or C. slugging your nearest child for even suggesting you do it.
No! I don’t advocate child abuse!  But, when one hand almost pokes my eye out, the other reflexively punches sideways. Too bad for the kid that won shotgun.
3.  Closing your eyes when you’re about to hit a bird with your windshield.
Sometimes you’re the windshield, sometimes you’re the bird.  Yesterday on my final trip home from town, when the bird crossed paths with my rapidly approaching windshield, my reaction time was numbed.  I had already driven miles and miles and miles for my day job, Home Health Occupational Therapist, and topped that off with driving way more miles and miles and miles for my night job, Soccer Mom Taxi Driver.
My total miles driven before the bird encounter were approximately 112.3 which equals slow reaction time when faced with a flying object.  The bird didn’t stand a chance.
Oddly enough, although my hit-the-brakes nerve did not react, nor did my let-off-the-gas nerve, my close-your-eyes nerve did. It was some sort of fight or flight response that got mixed up.  I believe it was the oft underrated third member of the trilogy: not flight, not fight, but ignore.
Don’t fight, don’t flight, just close your eyes because if you don’t see it hit your windshield it means it never happened.  Ignore. Inherent dangers with the close your eyes and Ignore response should be obvious (pm me with questions).  By the time I realized the absurdity of my body’s physiological response and mentally processed that driving with my eyes closed might lead to an accident injuring more than a bird, I opened them in time to hear it hit my side mirror. It had swerved so there’s hope. Maybe it just bruised a wing instead of sustaining a full on head injury.
I hope you always make wise driving decisions. However, if you’re completely honest, maybe you don’t.  I like to think I’m a good driver, but according to items 1, 2 and 3 above, I need a fair amount of driver’s ed retraining.
Maybe, after chuckling at my follies, you’ll go for the tweezers while driving and have a flashback to my nose hair plucking bodily responses that will save you from your habitual self.
Hopefully, you’ll decide not to pluck that nose hair which will allow you to keep your eyes open to see that bird approaching your windshield and once you get home, you can watch the tutorial and show your kids how good you are at the Dele Alli Challenge from the safety of your own couch.
Good luck and safe driving,
Your One Eyed Friend,
Lindsey
P.S.  The winner of the Facebook competion for What Not To Do While Driving is Megan Newland with “Don’t look at the huge wind turbines!”  I agree!  They’re so cool to look at which causes significant driving distraction in itself but can cause dizziness and uncontrollable head circling if watched for too long, so definitely not the best idea to do in the driver’s seat!
P.P.S.  If you want to participate in future competitions, like The Goat Cheese Lady on Facebook!
P.P.P.S. Did you enjoy this?  If so, comment below or on facebook…your positive feedback keeps me going!  And if you’ll go the extra mile, share it with your friends on facebook!  Thanks!